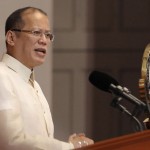 In case you missed the live coverage of SONA 2014 by PNoy, I am posting a replay video here in this blog entry, as well as the original transcript in Filipino (Tagalog) and in English.

I’m glad I got the chance to go online today to post this. For some reason, our PLDT DSL got cut off even before Typhoon Glenda was in the country and PLDT hasn’t restored it up to now. So here I am, on sick leave from work and recovering from bad cough at home, and using mobile data from Sun Cellular, whose connection is not bad.

To students who need to write SONA 2014 reaction papers: I’m not going to help you by writing my own guide, but instead, will point you to other people’s reaction paper guides and some examples that could help you. 🙂 Good luck!

That is all for now. 🙂 I hope these helped.

Posts that may be related to "PNoy SONA July 2014 Replay Video and Transcripts (State of the Nation Address by Pres. Benigno Aquino III)":

A Filipino programmer with a variety of interests such as baking, singing, making up silly song/rap lyrics, K-pop, drawing, creating unique dessert flavors, obsessing about finding out how some things works, board games, anime, video games, and forgetting things that usually go in her long list of interests. Running small-time online dessert shops Cookies PH and Catzie's Cakery.

Hi! I'm Catzie, a developer in Manila, Philippines. This is a personal blog where I write about some experiences for my forgetful self's future reference, and also for the benefit of people on the Internet. I honestly don't enjoy writing, so please bear with my writing style. :-p