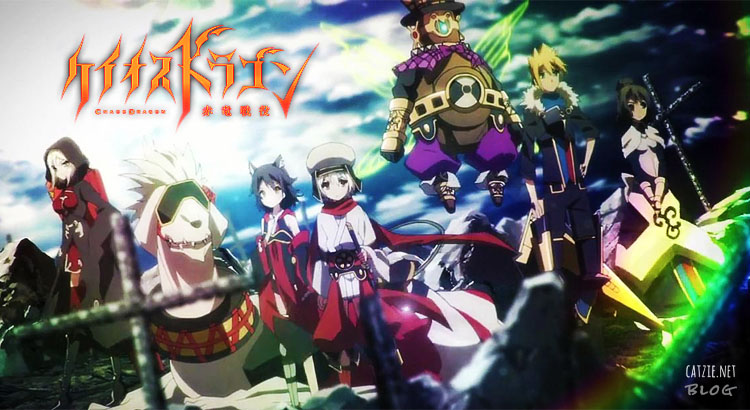 As usual, I do my best not to drop spoilers as I myself hate those. But since my judgement is not flawless, please beware that I might mention potential minor spoilers here.

Thanks to having friends who like watching anime, I am once again an anime fan. 🙂 When I was in high school, I really loved anime, especially Bubblegum Crisis Tokyo 2040. I was also obsessed about Final Fantasy X-2.

Chaos Dragon was one of the recent anime series that I watched. It wasn’t one of the best series to me, but I still liked it.

The story takes place in Huanli (the Year of Dazzling) 3015. Donatia and Kouran, two countries fighting for supremacy, are causing the world to be torn apart due to the constant war. Amidst the strife is the island country Nil Kamui, which has lost its independence. Red Dragon, the guardian god of Nil Kamui, goes out of control. Will the island country be able to regain its independence? (Source: MyAnimeList News)

It was nice to glance at the art of Chaos Dragon: Sekiryuu Seneki, but upon inspection, I don’t like how the characters were drawn. Personally, I don’t like it when anime characters are drawn like this. Look at Fugaku in the picture above. I don’t know his age, but he looks like a young boy when I think he’s supposed to be at least 18 years old, judging by his character and the depth of his voice. Also notice how their eyes were drawn. There are straight lines and corners, and it bothers me.

When I had watched up to a certain episode, I was wondering if all of Ibuki’s friends will die! Not telling you who kills who though. And it’s up to you to find out by watching Chaos Dragon. :p

It was nice how in every episode, they reminded us what’s going on with Nil Kamui, Donatia, and Kouran.

I don’t recall any character development or any outstanding personality in Chaos Dragon. I guess it wasn’t a good anime in this aspect.

Would I recommend Chaos Dragon?

Hmmm.. Uh, maybe if you’re really bored, yes. Go ahead and watch it. 😆 I was in tears near the ending, so I guess it’s not that bad for an anime series.

Have you watched Chaos Dragon: Sekiryuu Seneki? What do you think of it?

Posts that may be related to "Chaos Dragon: Sekiryuu Seneki review":